A legend tells that the islands of the Tuscan Archipelago were formed from a necklace dropped by Venus into the sea. A gift from the gods. This image leaves a lasting impression with visitors to these islands. 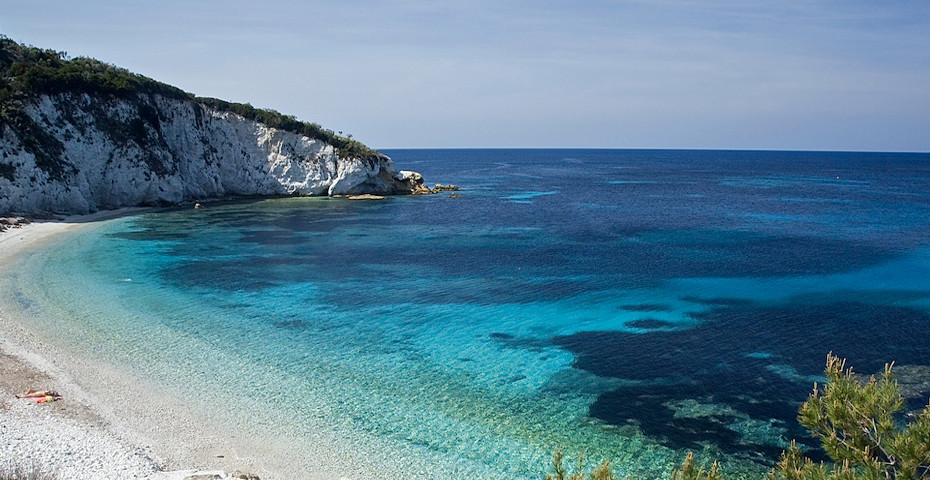 The especially mild climate, the variety of its coastline (147 kilometres in length), the cleanliness of the sea and the majestic beauty of Mount Capanne (m. 1019), together with its excellent cuisine and fine wines, make Elba an internationally famous tourist destination. 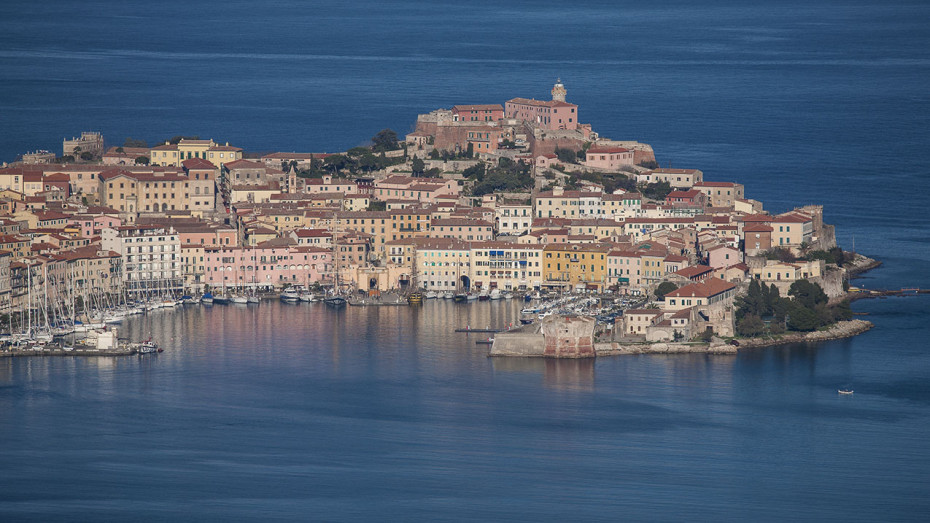 Still standing in the main town of Portoferraio, are the great Medici fortifications and Napoleon’s residence from when he reigned briefly over the island in 1814. And in the other historic towns, Marciana, Marciana Marina, Campo dell’Elba, Capoliveri, Rio Marina and Rio nell’Elba, Porto Azzurro (today, municipalities in their own right), the many historic towers and fortifications, churches, sanctuaries and traditional fishing hamlets are flanked harmoniously by newer tourist accommodation and facilities, amidst the Holm-oaks, Mediterranean maquis and vineyards. There are approximately 160 kilometres of asphalted roads and 80 km of panoramic roads, without mentioning the endless paths, ancient ways and mule tracks of the hinterland.

An island to suit everyone, Elba has been able to take advantage of modern means and comforts without spoiling its natural beauty and landscape. Historic towns and villages built right by the sea or high up on the rocks, these are vestiges of centuries of civilisation and are still preserved in the beautiful frame of the crystal-clear sea which laps the beaches of golden sand and white pebbles, the bays of green and the coves of secrecy hidden by steep cliffs. Shady woods where you can find mushrooms and chestnuts and peek into the world of the wild animal inhabitants, gently-rolling countryside or heaths bathed in sunlight where agaves and prickly pears reign; Many are the beautiful gifts that Nature has generously bestowed on this island.

Its strategic position on the ancient trade routes of the Mediterranean has played a fundamental role in the history of Elba. Legends tell of the landing of the Argonauts. “Ilva” for the ancient Ligurians, “Aethalia” for the Greeks, the island’s iron-ore laid the fortune of the Etruscan civilisation, and the mildness of the climate saw the Romans arrive for thermal baths. In the Middle Ages came the Longobard invasion, raids by the Saracens and rule under the Maritime Republic of Pisa; the island has lived under the Appiani and the Medici families and, in the modern era, has been the interest of several European powers, each leaving traces of their dominion. Indelible are the marks left by the Medici on Portoferraio (once called Cosmopoli after Cosimo de Medici) and the Spanish, who built the Fortress San Giacomo and Focardo Fort in Porto Azzurro. Finally, Napoleon, who established his general headquarters in Portoferraio, renewing the culture of the island with the French influence of his residences, military architecture and the theatre.

Watch the video of the Hotel >